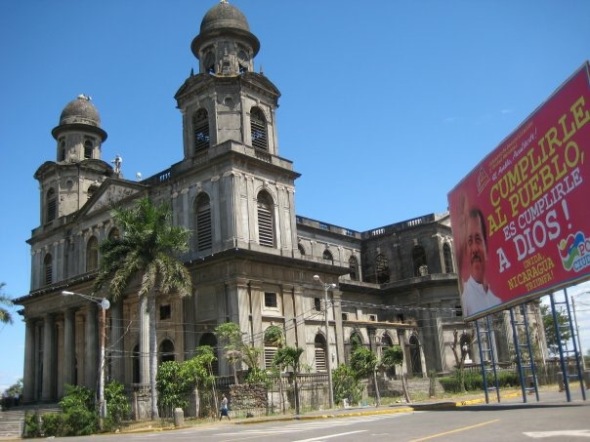 Here’s a funny story (well, not really). This week we were interviewed by researchers, employed by one of the UK’s biggest human rights organisations. The organisation is re-considering its banking with the Co-op Bank, asking the question “is the bank still ethical?”

Many will know that the Co-op Bank shut down our account last year, along with around 400 other organisations, including Cuba Solidarity, Palestine Solidarity, and a host of local affiliated organisations. The Co-op Bank has never given us a reason, other than it was carrying out a ‘risk assessment’.

We’ve been pretty clear about why they closed the account. Firstly, our account must be “non-performing” for the bank. We never take out a loan, we never go overdrawn, we have a limited amount of transactions. Therefore we were a cost to the bank, and not a source of income. And the Co-op Bank needs income.A disastrous  merger with Britannia, huge losses, and then a takeover by a US hedge fund, meant profit came before ethics. This in itself is a political decision, the denial of banking services to organisations and communities.

The second reason is political as well. You don’t need to be a genius to make a link between Cuba, Palestine and Nicaragua, and their relations with the United States. 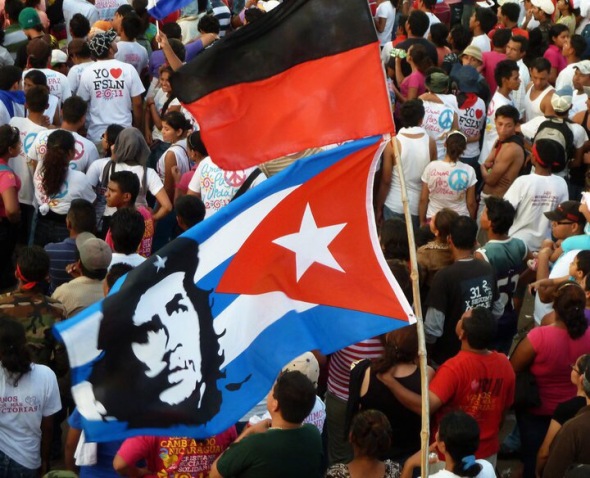 But hold on. Surely Nicaragua is not the radical country it once was? Isn’t it the darling of capitalists, including those in the United States? The international press are full of stories, unlike other radical Latin American governments, that the Sandinistas have lurched to the right, abandoned the principles of the revolution, and sold off the country to build the canal. And isn’t another mega project, the Tumarin hydro-electric dam, in trouble?

Well, yes, everything’s gone quiet about the canal, as whatever its pros and cons, the deciding factor was always going to be how to mobilise $50 billion of investment to make it happen. The Tumarin project is now on the back-burner, mainly because the Brazilian construction company connected with it is part of the Lava Jato scandal, and the country has just experienced a constitutional coup which has seen Brazil rolling back years of pro-poor reforms.

Though the Tumarin project might be off the drawing board, Nicaragua has become a regional leader in clean energy, with a decade of investment in projects, mostly small and medium in size (see here for a list of projects, which are announced on a seemingly weekly basis). Last year Nicaragua produced over 50% of its electricity from renewables. For comparison, Wales produces 10% of its electricty from renewables, within an economy roughly three times the size of Nicaragua.

If you look at what the Sandinistas have delivered since taking office in 2007 (rather than what has failed to happen), you see a country going through a slow and steady transformation. GDP has increased by 83%. The economy has grown steadily, at between 4% and 5% a year. Foreign investment has risen by over 400%. On the back of this exports have climbed 150%. Tax receipts have doubled, and together with international co-operation with Venezuela (but also with the more traditional international partners), has led to an increase in public investment from US$277 million in 2006 to US$655 million in 2015 (see here for more details).

All this has led to a steady reduction in poverty levels. With a growing economy, and a host of pro-poor programmes covering everything from food, micro-businesses, women, youth, housing, roofs and roads, “[a]ccording to the 2014 Standard of Living Survey of the National Development Information Institute, between 2009 and 2014 general poverty dropped from 42.5 per cent to 29.6 per cent, while in the same period extreme poverty dropped from 14.6 to 8.3 per cent.” (Nicaraguan Elections: Why combating Poverty is a Decisive Factor, NSC).

Which brings us to the elections. For those mesmerized by the antics in Trumpland, or the farce that is Carry On Brexiting, the Nicaraguan elections might have passed you by. If they haven’t, then you will have read how Nicaragua is poised to turn into a family dictatorship under the Ortegas, and election fraud has been organised well in advance (see here for a fairly representative article from Gioconda Belli, and here for a more general round-up).

Now it is hard for us who do not live in Nicaragua (like the writers of this blog, of course, and Gioconda Belli), to know exactly what goes on behind closed doors, what plots are carried out. But it’s a strange sort of fraud that organises a vote for the ruling party where the number of votes it gets reflects the level of support independent pollsters find. This was true in the last elections in 2011, and will probably be true again on November 6. Surely the reason you organise a fraud is to increase your vote over your actual support? Otherwise i) why bother? or ii) you’re very incompetent in rigging the system.

A continental survey by Latinobarometro in June showed support for the Sandinistas at 69%, the second highest in Latin America. A series of polls in Nicaragua since the beginning of the election campaign has shown support for the FSLN hovering around 60-63%, and the latest by M&R Consultants, on November 1, shows the Sandinistas on 65%.

In the United States the prospect of another FSLN victory has been as predictable as a US Hedge Fund’s response to ethical banking. A sub-committee of the US House Foreign Affairs Committee has started the process to introduce the Nicaragua Investment Conditionality Act 2016. The Act would seek to place restrictions on US support for multi-lateral loans. The Act will fall because of the forthcoming US elections, but could well be re-introduced in the new year.

The contributions in the debate seemed to consider only two conditions for investment i) the FSLN is not the government or ii) if the Nicaraguan people are foolish enough to vote for the FSLN, then they follow the US line. Two Obama officals spoke to the committee. The first, Juan Gonzalez, said “The United States is concerned about the actions of the government of Nicaragua and the Supreme Court to limit democratic space.”  The second, aid official Marcela Escobari, said USAID money is helping “to teach youth the rights and responsibilities of a democratic society, including the crucial need for a significant political party with presence and participation at national and local levels.”

With the opposition at less than 10% in the polls, it’s no wonder the US is trying to use its funds to promote the creation of a new political party. USAID’s policy document – US Party Political Assitance Policy 2003 – allows it to do this. Of course, this is totally illegal in the United States:

Foreign nationals are prohibited from making any contributions or expenditures in connection with any election in the U.S. – Federal Election Commission